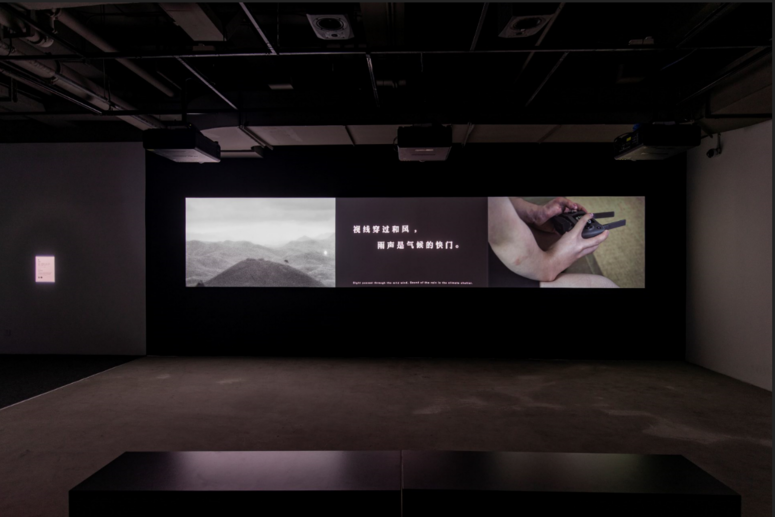 Tang Chao (b.1990, Hunan, China) currently lives and works in Shanghai. He graduated from the School of Inter-Media Art at the Academy of Fine Arts. The essence of Tang Chao’s work is like suggestions on lightness in literature. For instance, he refines a whole script into one sentence such as “The dilemma of being in a modern island, a paradise of self-exile.” And recently: “Several delightful dots covered of a series of weak voices.” When you focus on the tone and rhythm of the sentence, and express it through a camera, you then get the shaking focus, light and the scenes. The words are not the most important content; they are sometimes softly whispered, stuttered, or even topsy-turvy. Of course he occasionally uses pictures, performances, installations or dramas for expression, sometimes even typing a few letters on the keyboard. Tang Chao is good at pausing and pressing space, pressing and holding for a few seconds would be fine as well. He always tries to release some illocutionary meaning in every blank space with a straightforward manner.

In 2020, Tang Chao's work was exhibited in UN/ CONVENTIONAL at OCAT Shanghai.

OCAT Shanghai collaborates with KADIST to launch this exhibition and artist residency project as the seventh edition of our endeavor, marking the first presentation at the new OCAT Shanghai venue.