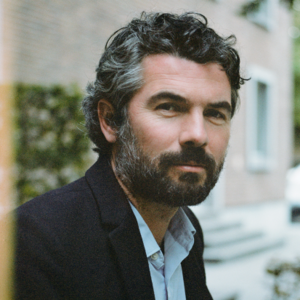 Martin Germann (b. 1974, Herdecke, Germany) is an author and curator who lives and works in Cologne/Germany. In October 2021 he was appointed Adjunct Curator at Mori Art Museum, Tokyo. He is also a Curatorial Advisor for Aichi Triennale 2022. From 2012 to 2019 he was leading the artistic department of S.M.A.K., the Municipal Museum of Contemporary Art in Ghent, Belgium, where he worked on numerous solo and group and collection exhibitions as well as major acquisitions.

In earlier stages, he was Curator at Kestner Gesellschaft Hanover (2008-2012). Before this, he worked for the 3rd Berlin Biennial for Contemporary Art (2003-2004), and directed the program of ‘Gagosian Gallery, Berlin’ for the 4th Berlin Biennial of Contemporary Art’ (2005-2006). He regularly publishes exhibition catalogues and monographies, and his writing has appeared in magazines such as 032c, Frieze, or Mousse. He is board member of “Etablissement d’en Face” in Brussels and I-AC Villeurbanne’s acquisition committee. For “Lili Dujourie: Folds in time” (2015), he received an AICA award for Belgium’s best exhibition.

Korean artist Kelvin Kyung Kun Park’s exhibition “When Tigers Used to Smoke” at OCAT Shanghai, unfolds around the shaping of the self; for Austrian artist Oliver Laric’s exhibition entitled, “Exoskeleton” at OCAT Shanghai, his first institutional solo show in China, a trilogy of recent animation films completed between 2014 and 2021 will be presented together for the first time.