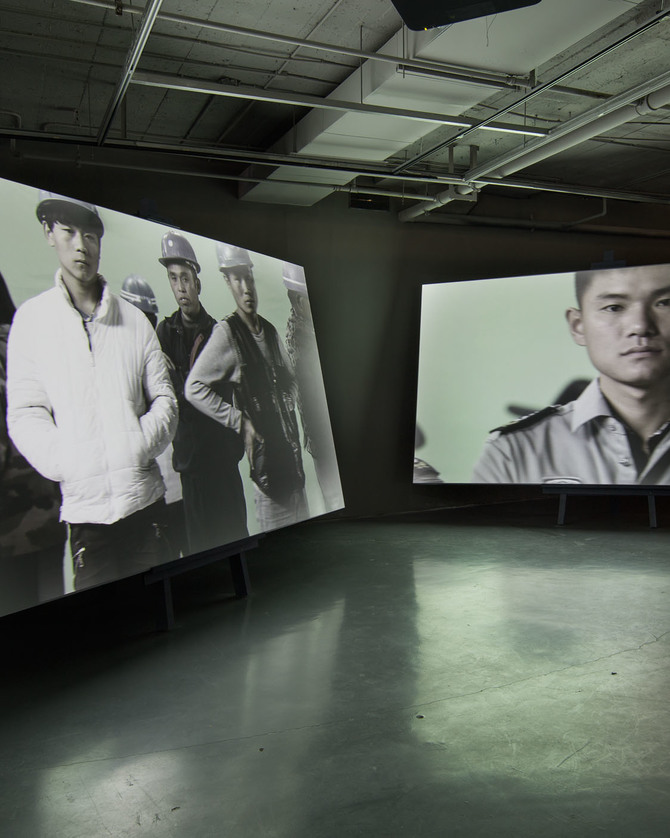 OCAT Shanghai is pleased to present media artist Wang Gongxin’s solo exhibition, Present·Being – the Video Works of Wang Gongxin over 20 Years. By avoiding the usual dual structure of “curator & artist” in the making the exhibition, the artist is given the full freedom to create the context between the exhibition space and his works of art. This exhibition is a continuation of OCAT Shanghai’s supports for the medium of media art, its historical inquiries and encouragements of proactive experimental spirit.

Wang Gongxin, born in 1960, Beijing, is one of the first and most representative artists to adopt media art as his primary creative medium in China. He was also the founder of “Loft”, the first media art center in China. His works have maintained a fierce inquisitive spirit and experimental conscience, for which the artist has instinctively chosen the most familiar and historically significant visual material to iterate the impact of “causality” within the contemporary condition and the state of people’s lives in contemporary society. Trained in oil painting, Wang Gongxin kept a sensibility and nostalgia for works on canvas and an emotional drive to roam between works on canvas and media art, meanwhile revealing the control and tension executed in both medium.

It has been twenty years since Wang Gongxin made his first video work. This exhibition will present the artist’s new works and archival materials – three series of multi-channel video installations and one series of documentary photographs - to show the beginning and the current status of the artist’s artistic practice. His photographs of The Sky of Brooklyn are a series of photographs documenting the creative process, state of completion and the exhibition site for the video work created in 1995 of the same title. It is also a work that marked Wang Gongxin’s transition from making works on canvas to media art; Whose Studio (2014) appropriates the scene and structural elements of the French realist painter Courbet’s The Painter’s Studio, that uses multi-media video projection to construct a similar scene of an artist’s studio, transforming the studio into a contemporary reality, and “displacing” it into the exhibition space; The Story of Lei Feng (2014) is a photograph that attempts to provoke imaginations of the infamous imagery of The Lei Feng Reading. This iconic representation of Lei Feng reading a book is appropriated with figures of various race, age and identity. As the artwork is being played, these figures are synced with the original image at a given time to show their joy, anger, sadness and happiness; Blood Stained Auction (2014) gradually reveals the figures and scene in Wang Shikuo’s Blood Stained Shirt, a representative painting of “revolutionary realism” in the 1950s. Wang Gongxin reassembles the compositional elements and primary figures of Blood Stained Shirt with scenes of an art auction in our contemporary life, the five-screen large dimension video installation constructs an “overlapping” yet “disordered” “real space” to render the “presence” of the “a state of mind”.

Wang Gongxin’s works explore the depth and tension in the language of media. His use of the media language allows him to permeate his inquiries of reality, and presents us the rupture between memories and illusions, reality and sensibilities, emptiness and existence, viewing and hindrance. By adopting the three significant works of art in the history of art, revolutionary and revolutionary art as the points of entry, he deconstructs “image”, “icon” and “phenomenon” through the progression of history. In other words, the logic of time between the new work and the “appropriated” images is not only a matter of “cause and effect”, Wang Gongxin’s unique perspective creates a critical distance to the “originals”, by which he has established his own style in the deconstruction and reconstruction between the traditional and the modern, East and West, painting and video art. Thus the exhibition Present·Being, aims to allow the viewer to discover Wang Gongxin’s creative clues over the last two decades, and appreciate his new works through revisiting history (the history of images and the history of the artist’s practice). At last, we would like to thank Sony China for its support in equipment for this exhibition.

Working of a media artist is marked by my first work in the mid 1990s, The Sky of Brooklyn where I dug a well in my house and set the video of Brooklyn sky, this tied my destiny with “video” art. Twenty years flashed by, it has always been the primary component of my artistic practice. From my initial curiosity of the new medium, my infatuation with the technology, to my inquiries and establishing control on its language, until today, this language has become my means of expression to communicate with my friends and the general public; it provokes uncertainty, contemplation, excitement in my life, while I grow to be increasingly reliant on it! I am not sure whether I will grow “sick of it” in the next twenty years? Alas! Or, will I “age” with it?

The three new multi-channel video installations presented in this exhibition are introspections, reviews and contemplations on my creative practice over the last two decades. They encompass my re-thinking and experiments on the meaning of “reality” and “representation” in terms of artistic expression. All three works appropriate three artworks that have been deeply ingrained in my visual learning: the nineteenth century French realist painter Courbet’s The Painter’s Studio; a photograph of The Reading Lei Feng during the Cultural Revolution; and the Blood Stained Shirt by the Chinese “revolutionary realist” painter, Wang Shikuo. The purpose of appropriation is to discover the “ingrained” components in my memory: of the vivid “scenario” of the past, the traces of honed “composition”, and the overlap of these “objects” in my mind. These works not only examine the presentation of “real spectacles” constructed by fictional “image” and “illusion”, at the same time, the constructed time and space synced with the videos explore the possibility of representing “reality” and “presence of a state of mind”.

In the last twenty years, I am pleased to have shared my fascination with video art through learning and perseverance with old and new friends. Having come a long way, we lived through joy and hardship! Thereof, I would like to give special thanks to OCAT Shanghai for its support and confidence in my work, for providing me this great opportunity to exhibit my works. Thank you to all my friends’ assistance and support in realizing this exhibition. At the same time, I would also like to thank Sony China for its support for this exhibition. 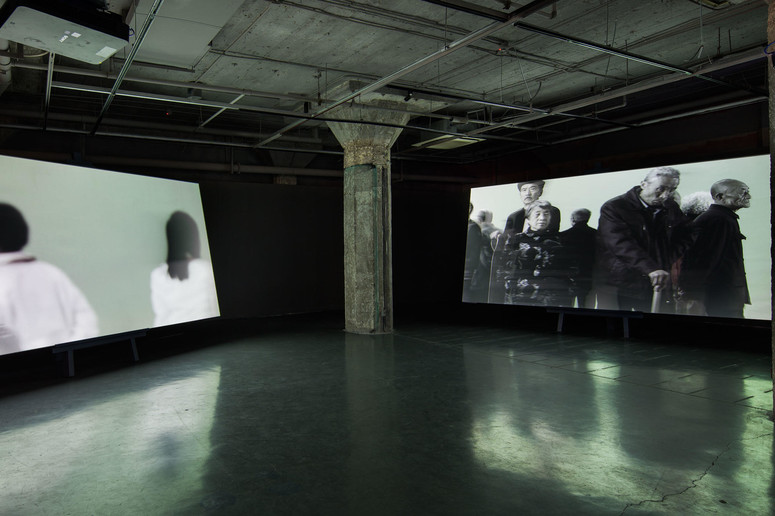 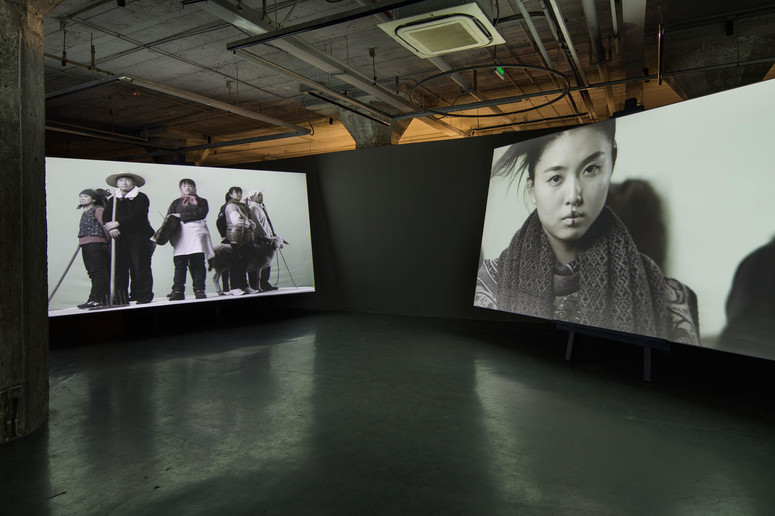 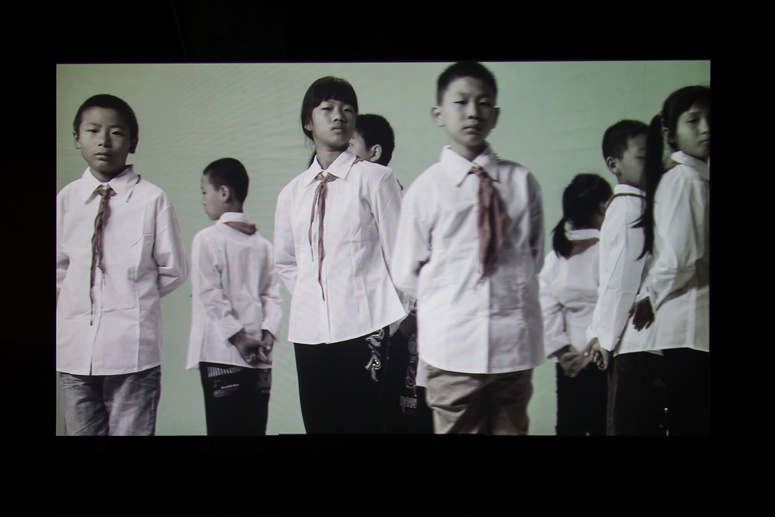