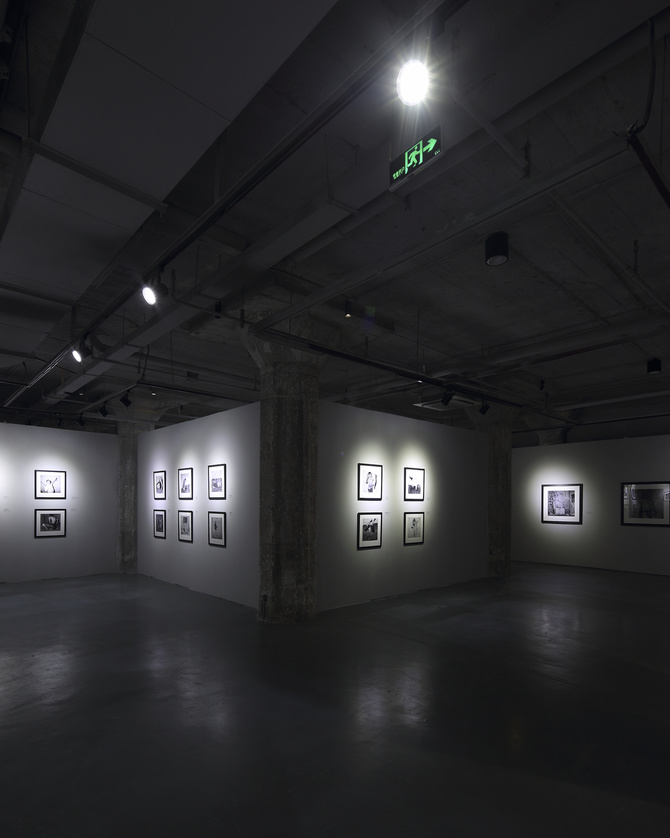 OCT Contemporary Art Terminal Shanghai is proud to present Metamorphosis – Mirror, a double solo show by Daniel Lee and Roger Ballen. This is the sixth exhibition organized and hosted by the Shanghai seat of OCAT, and the first entirely dedicated to the work of two eminent photographers, marking the commitment of OCAT Shanghai towards photography as a crucial medium within the practice and language of contemporary art.

These two influential artists share a penchant for the grotesque, and privilege the mental and physical space of the threshold, the boundaries between humans and the surrounding environment – what is called “nature.”

Daniel Lee (1945) has being living in the USA, precisely New York, for a long time now. He moved there from Taiwan, a territory with a troubled past that has generated at different times waves of sharp awareness of issues such as ethnic belonging and cultural background. Lee’s photographic work certainly falls under the notion of “metamorphosis,” a word he himself uses to describe the process at the basis of his research. His unique imagery can be located somewhere between the medieval bestiaries, Chinese traditional culture, Darwin’s evolutionist theories and their (still) debatable aspects. It also fits the idea of the “mirror,” inasmuch as mirrors activate our subjective consciousness and the consciousness of ourselves as subjects, as the French psychoanalyst Jaques Lacan argued. Mirrors also entail a certain degree of metamorphism, as they reflect and recompose synthetic images of reality in front of the viewer. Daniel Lee’s signature concept of “manimal” is achieved with a painstaking manual alteration of digitally processed portraits and is precisely this: an artificial synthesis between man and animal aiming at individuating a possible essence of humans, but above all of individuals. Lee’s creatures, featured in the photographic works, installations and animations from the series Manimals (1993), Fate (1995), 108 Windows (1996), Origin (1999), Self-Portrait (1997), Nightlife (2001), Harvest (2004), Dreams (2008), question at first, then reaffirm this essence, whose deepest meaning lies in the belonging to the so-called “animal kingdom.”

The universe of Daniel Lee may evoke the playful absurdity of Hieronymus Bosh’s illustrations, and like that of the Dutch painter Lee’s imagery is ultimately allegorical and eminently moral, even though Lee’s main focus remains the investigation of the liminal, which he made visible in his digital interventions.

Like Daniel Lee, Roger Ballen (1950) has left his country of origin – United States of America – and relocated in Johannesburg, South Africa, during the Seventies. Lost somewhere between his former job (mineral geologist) and the necessity to find stories and extraordinary circumstances that could become the “ordinary,” after a long journey to East Asia – documented in some of the shots of his first series Boyhood – Ballen reached South Africa and stayed there. The works exhibited at OCAT Shanghai are taken from the early series like Dorps, Platteland, Outland, Shadow Chamber and Boarding House and includes the recent Asylum of the Birds. Made in his preferred medium of square format black-and-white images, the new series is accompanied by the short documentary film Roger Ballen’s Asylum of the Birds (2014), by Ben Jay Crossman.  The collaboration between the photographer and the experimental South African rap-rave band Die Antwoord has resulted in the successful music clip I Fink U Freeky also included in this exhibition.

For Roger Ballen physical places and territories always coincide with psychological realms. In all his photographs, a country crushed by the beauty of nature and the “fury” of a society made of juxtaposed cultures, is intentionally exoticised in an ironic and critical way, with the aim of removing it from any possible narrative encapsulation. Ballen says about his work: "I see my photographs as mirrors, reflectors, connectors that challenge the mind." The eyes of the artist register the dissonances implicit in this forced coexistence and individuate the inner poetic of objects, animals and environments in their silent interaction with people. Eventually, the inanimate is “humanized,” and humans get close to the condition of the inanimate. Similarly to David Lynch, Ballen portrays the “dysfunctional” because the universe is intrinsically dysfunctional; his “outcasts” dwell in a timeless dimension not connoted by anything else but its semiotic truth, yet it can be said that they are at the core of history, in this getting close to the imagery of Dorothea Lange and Diane Arbus.

As often the case, the “transplantation” into different social contexts – in an interestingly reversed journey: Taiwan-New York, New York-South Africa – has prompted the two artists to investigate, almost verify, an extended notion of territory. The works presented in Metamorphosis – Mirror form, in their involuntarily game of cross-reference, a pathway that eventually leads to the knowledge of the self through the experience of the other.

Metamorphosis is a process, the result of change, the movement from a form to another through different stages. Like a mirror it is a reflection, one that can be likened to what photography accompolishes in its technicalities as well as metaphorcially.

The earliest theoreticians of photographic languages have argued - among them Walter Benjamin and Siegfried Krakauer - that photography stops the fleeting moment and crystallizes it, securing it to eternity and at the same time fatally separating it from reality. This is not only because reality evolves and a photograph doesn't (at least not in the same conventional way), but also because a photograph, any photograph, has the power to become paradigmatic. Photography actually builds a certain discourse about reality, and the work of Roger Ballen and Daniel Lee helps us understand how this happens.

This exhibition is conceived as a dialogue between two artists and their personal experience: they both left their place of birth and relocated to a country far away. For Roger Ballen the starting point was New York and the destination Johannesburg, whilst Lee found his destination in New York, coming from Mainland China (first) and Taiwan. These circumstances are not incidental and have played an influential role in the work they create and who they are as photographers.

The works presented in Metamorphosis - Mirror are representative of a body of work made by the two artists throughout the last twenty (Lee) and thirty (Ballen) years. In both these artists' processes of cross - referencing and reflection, they form a pathway that eventually leads to the knowledge of the self through the experience of the other. 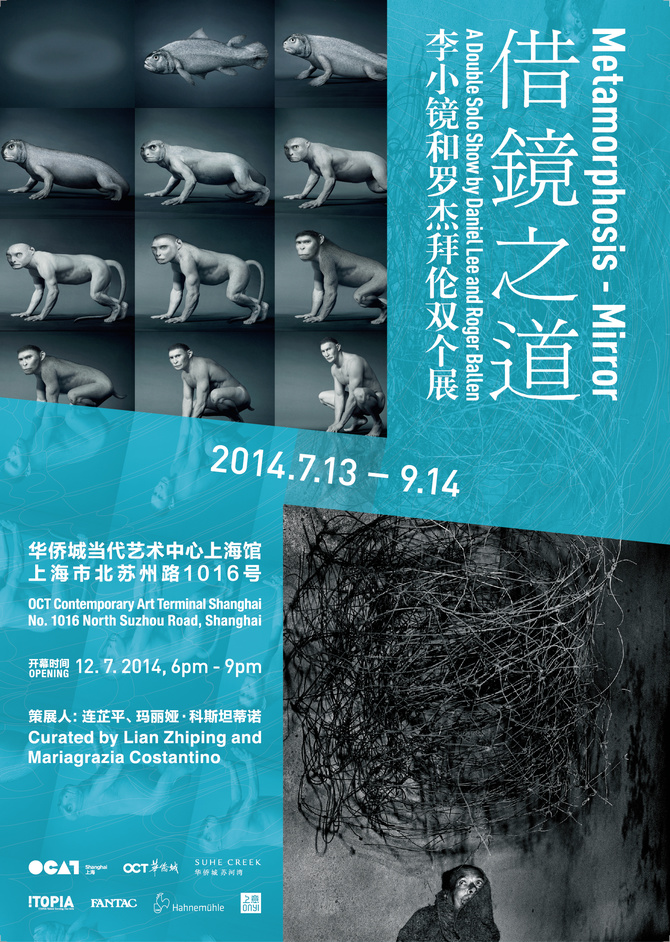