Beginning December 6 of this year, OCAT Shanghai will open its fourth annual exhibition, The Ballad of Generation Y. As the latest installment of OCAT Shanghai’s annual OCAT Young Artist Project, this year’s exhibition is curated by media art curator ZHANG Ga.  The exhibition incorporates video, electronic devices, installations, documentation, as well as other medium and visual tropes. A new generation of ten young Chinese artists will present eight media works in OCAT Shanghai’s two galleries. The Ballad of Generation Y expands from Folklore of the Cyber World, ZHANG’s parallel online exhibition project conceived for the Chinese Pavilion at the 2015 Venice Biennale. The exhibition, which germinated in virtual cyberspace, will have its physical incarnation at OCAT Shanghai.

The participating artists in this exhibition have been active in recent years within the field of media art and are part of an emerging creative force. While LIU Xin displays the “tears” she collects from participants around the world via the Internet, SHEN Xin assembles a stoic closed-door meeting that adapts symbols of traditional Chinese mythology into animation. After experiencing 86 long days adrift at sea, GUO Xi and ZHANG Jianling present their accumulative work Grand Voyage, from traveling to material evidences, while blurring the boundaries between the virtual and the real in an attempt to establish a new order. LIU Jiayu’s rhythmically breathing, mechanical petals poetically echo the pulsating narrative of the Great Voyage, as GUO Cheng and CHEN Yiyun’s "long-armed robot" explores the new index gauged by the conflux of mechanics, emotions, and life. Implementing various mediums on assorted screen sizes, LIN Ke launches into space travel out of the darkness of enclosed space that transcends material and conceptual limits. In contrast, MIAO Ying utilizes simple GIFs to expose the crude real politics of cyberspace, while YE Funa’s "nail machine" transforms into an assemblage for aesthetics, collectivism, the Internet, and the tangible reality.

Under the conception of “Generation Y,” the curator not only encapsulates the authoring environment and working conditions of a new Internet generation of media artists, but also accentuates the conundrum encountered by this new generation of artists—will the ever-changing media technologies propel creative inspiration or suffocate it all alive. Through this exhibition, OCAT Shanghai wishes that while the audiences try to comprehend the state of affairs of Generation Y, at the same time, the viewers will also experience the dynamic and seductive power engendered by the tension between the wanton reality and the role that media art plays.

While Liu Xin unassumingly puts out a call in the grizzly marketplace of Amazon’s Mechanical Turk service tasking virtual workers to “weep” for her so as to make a buck or two, not as a whimsical prank but as an authentic transaction of the virtual economy, Shen Xin assembles a stately panel of high-minded academic polemicists in London’s Senate House, each metamorphosed into an animated creature from Shan Hai Jing, the classic that tells of the mythological origin of China, albeit the geography remapped many times over, who squabble about power, identity and revolution. Here the two economies of the neoliberal world formation play in their most complementary unison: one which underlies the sustenance of the bitcoin era labor force, the lowly place of freedom, the other the high court of cultural cachet that willfully delivers self-endorsed critique, the indispensible antibody which the capital demands for self-rejuvenation and self-reinvention to proliferate, multiply and perpetuate.

Grand Voyage by Guo Xi and Zhang Jianling, as evinced here by a glimpse of a giant network of actions and events, perhaps a fictional contrivance, rekindling an algorithmic schema à la Georges Perec, replete with intricacies and enigma, real-world crisscrossing of lands and oceans juxtaposed with parables and prophesies in thousands of words, images, things and objects en route, piecing together a jigsaw of Life A User’s Manual, aggregating into thickets of memory to be parceled and downloaded. The virtual skirmishes the factual, spinning off a recombinant reality.

If the Grand Voyage is an extravagant artifact, then the poetic of Soligami by Liu Jiayu resonates with the murmuring life of another order. Petals of robotic origami open and close as if inhaling and exhaling to remind us that, if breathing and motility are the primordial traits of being alive, then we must extend our notion of livelihood to objects beyond our received wisdom.

Today, automata are loaded with emotions. Named Gibbon, the long-armed robot often gets nervous and temperamental when confronted with too much human presence during his mindless performance of spraying soap bubbles. The Gibbon is apparently not an ape, nor an anthropomorphic surrogate in the name of art or technical ingenuity, but a machine of animistic intuition. Its desired solitude, that is, to be left alone by its spectators, is a new indicator of emotional negotiation between the sentient human and the hitherto deemed inert things, including robots.

The cyber tale is also an unrelenting festival of acceleration. Lin Ke is the pilot for a space mission. He flies an invisible vehicle in an exhilarating journey that traverses the hollowed universe, over clouds and lightning, above the stratosphere and hovering through the porous skin of the ozone layer, as if in an attempt to escape the gravitational pull of the anthroposcene. If Guo Xi and Zhang Jianling aspire to a grand narrative in the likes of la Comédie Humaine through calculated intrigue, then Lin Ke’s minutiae of the everyday is to navigate the forking paths of the virtual, tinkering new hues of electronic spectrum, casting weird shapes out of the quotidian ubiquity of bits and bytes, in which he finds his homestead of joy and trial, stress and repose.

While Lin Ke toils away in his land of pixels, Miao Ying lashes out with a “kitchen knife to cut the Internet cable.” Not so much deranged as hilariously determined and farcically serious, she finds ways to maneuver within the labyrinths of walls and fences in cyberspace, poking open a bit over here, hacking a crack over there, YouTube videos and dancing gifs are her accomplices in subverting the politics and commerce of the all mighty electronic sovereign.

Exhibitionism is trademark of the cyber democracy. In Exhibitionist: Curated Nails Ye Funa calls out for a manicure “congressional assemblage,” in which men and women, boys and girls, old and young are all invited for a moment of glamour, escorting a passion for beauty beyond the pageantry. It is solidarity at its quaint efficiency, what Beuys once dreamed for has today become as easy as a click away. “Let’s all draw pictures online and print them on nails.” Social sculpture can be as banal as cheerfully practiced while the Society of the Spectacle finds its reincarnation in the exuberant liveliness of cognitive capitalism.

In another attempt, Liu Xin collects her heartrending tears and turns that salty liquid into a pool of emotional residue, soliciting the caresses of audiences for a collective experience of intimacy and affection. But instead of affection, infection may be the new connectedness of the net age in which the viral logic of recursive computing leads to the singularity that devours all, google and evil, freedom and surveillance, democracy and lobbyists, excess and inner-city, Marx and Piketty, irony and tragedy, Shan Hai Jing and Grand Voyage, neoliberals and new leftists, firewall and kitchen knives, Gibbon and Amazon.

The ballad of Generation Y finds the rhyme of a lullaby in the sound of a siren. 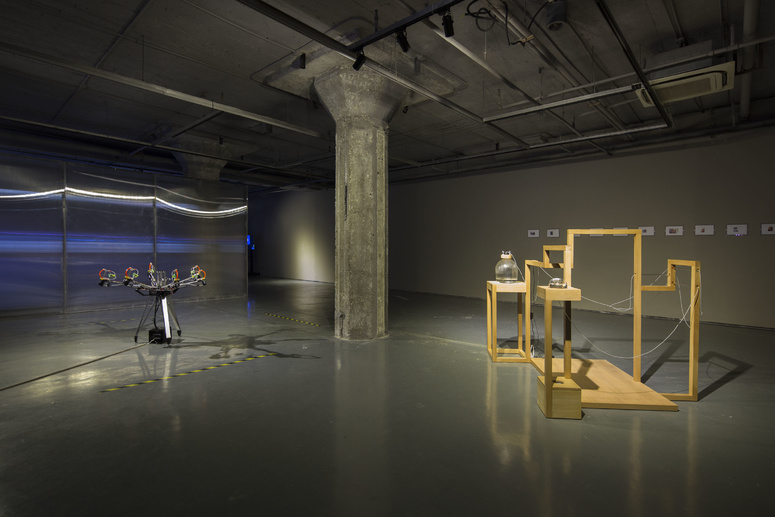 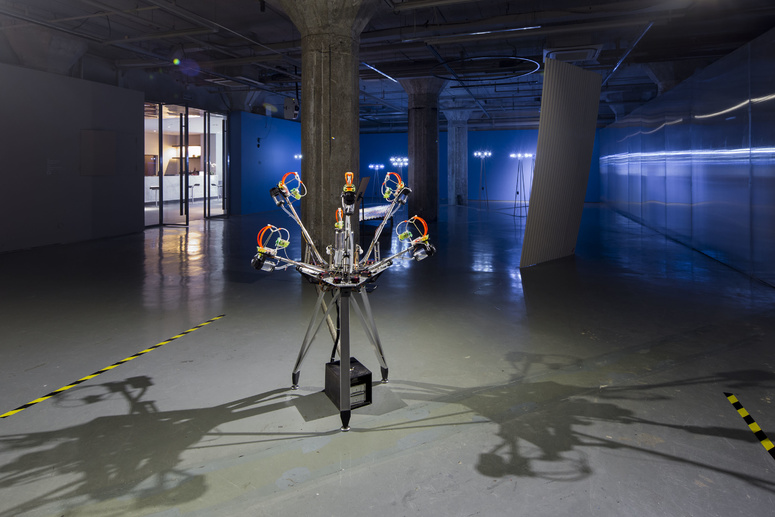 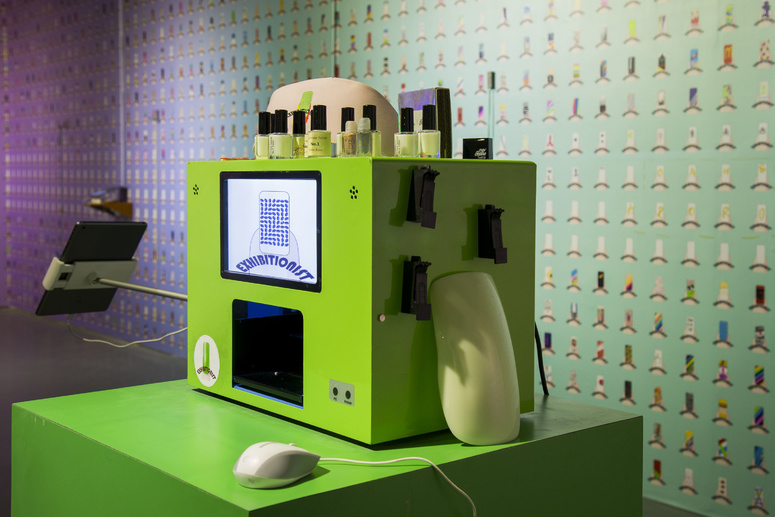 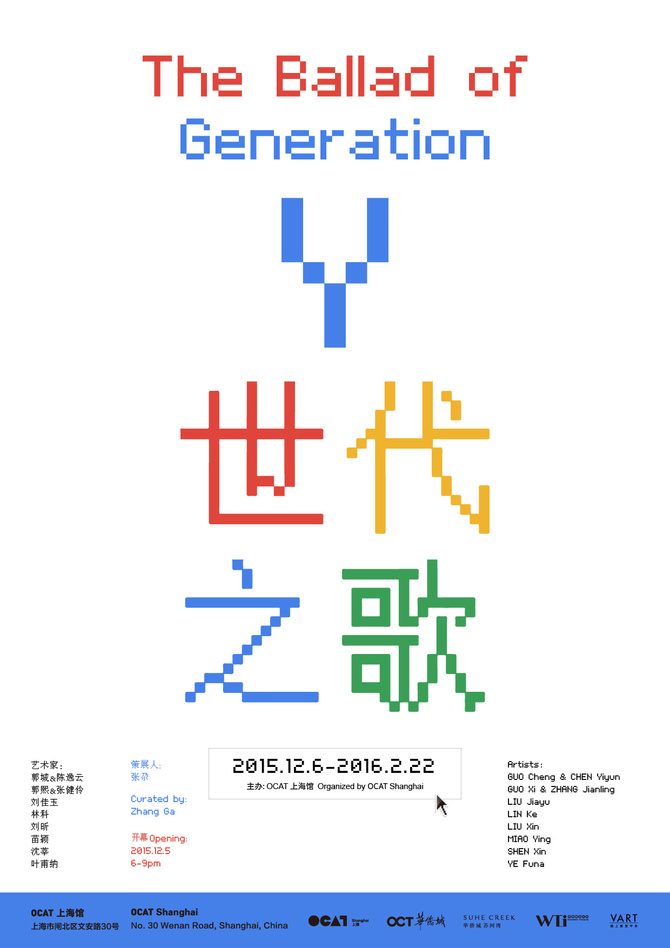