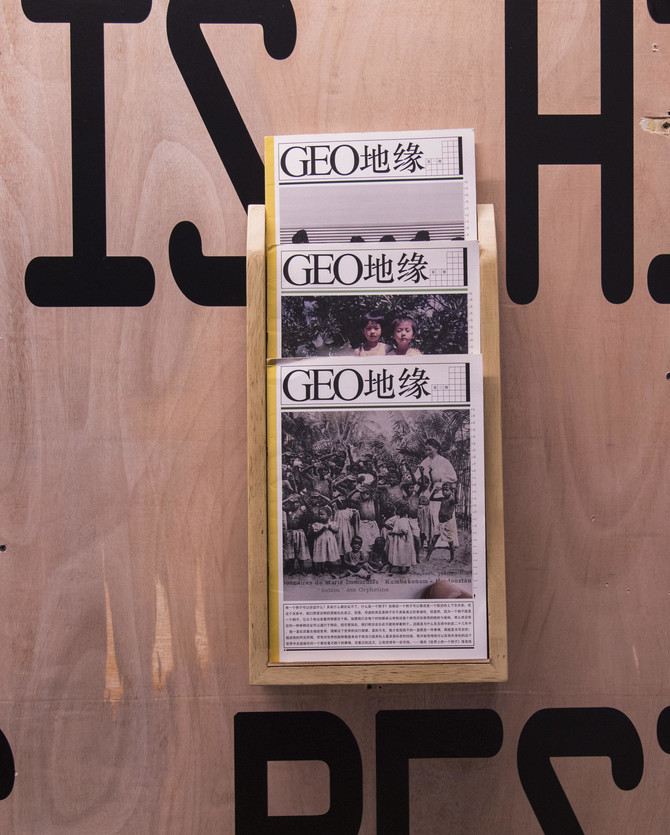 OCAT Shanghai is honored to present the exhibition Frontier: Re-Assessment of Post-Globalisational Politics this December 30. This exhibition is part of the OCAT Shanghai annual young artist project, and a special exhibition on the occasion of the fifth anniversary of OCAT Shanghai. The exhibition is curated by Lu Mingjun. The exhibition invites more than thirty famous  contemporary artists who employ video, installation, performance, photography and documentary language in rich expressions of their artistic thinking on regionality.

Unlike previous installments of the young artist project, this exhibition goes beyond presenting the highly stylized and timely artistic practices of the new generation of artists in recent years to incorporate several artworks that have been broadly exhibited and accepted in China and abroad into the exhibition narrative. Centering on our post-globalized world and the theme of “frontier,” artists from different eras and cultural backgrounds have created works that will clash and send off sparks of new ideas, which is precisely what we wish to bring to the audience.

Since the 1990s, artists have been looking to such transitional terms as “boundaries”, “frontiers” and “borders” to carry out regional thinking and practice in different dimensions and to seek out individual experiences through which to reexamine the world's regional structures of politics, economics and culture in a new light. These concretized practices can be seen as a form of political action, or as deviations in artistic language. Not only that, beyond pointing to their own different linguistic methods, more importantly, through these artistic practices, we can also see the complexity and convolution of history and the present, rife with absurdity and barbarism, alongside reason and caution that cannot be ignored. This exhibition strives to use artistic practice to give rise to a new structure and narrative that can open up our understanding of the many relationships between borders, frontiers and regional politics, lead us into active participation in this brutal, violent process of reality, and to engage new perceptions and imaginings of art and politics.

We would like to extend special thanks to the New Century Art Foundation for their support of this exhibition.

In 1993, Cai Guo-Qiang carried out the explosive performance Project to Extend the Great Wall of China by 10,000 Meters: Project for Extraterrestrials No. 10 at Jiayu Pass. Cai Guo-Qiang had intended to establish the possibility of communication with an alien planet, thereby casting aside the forced logic of East and West and following the relationship between the universe and the self to discover and explore the true space of human existence. To date, it seems no one has noticed the latent grand narrative of frontiers, history and regional politics that exists in this performance between the elements of gunpowder, the Great Wall and Jiayu Pass.

According to Owen Lattimore, the Great Wall, as the center of the Asian interior, was more than just a symbol of the division between the Chinese and the barbarians, but also a buffer permeated with trade and conflict, and mixing different cultures, beliefs and politics. Here, the Great Wall itself forms a complex social zone and political system. Unlike the boundary in the modern nation-state sense, the frontier that is the Great Wall was originally a product of the empire. Before China entered into the nation-state dominated world order, it lacked clear boundaries. In this sense, we can see Cai Guo-Qiang’s performance as an extension of this transitional zone, and imagine it as a metaphor for “frontier China.”

This frontier narrative naturally differs from the boundary narrative that has arisen alongside the construct of the nation-state since the late 19th century, even if the former was rooted to a certain extent in reflection on the latter. In this process, the unstoppable waves of globalization not only failed to end history, they brought nation-states, and the conflicts between them, to the fore. Not only did frontiers of the traditional empire not fade away completely, they came to provide buffer zones for existing nation states.

For a time, the Cold War balance of military strength became a force that restricted violence around the world, but the dissolution of the Soviet Union and major changes in Eastern Europe led to a total collapse of this structure. In tandem, globalism has evolved into an extreme mutation of the nation-state, or perhaps we have now entered into a more complex and increasingly brutal post globalized era. This is the predicament of the present, but it is rooted in a long, circuitous history. As a result, ethnicity, religion, frontiers and how to discuss China have again become the focus of endless debate, and strategic policies such as “One Belt, One Road” aimed at rebalancing the regional politics, economics and cultures of the world, have arisen. Correspondingly, the question of how to understand the changing situation of our times on a deep level, and the quest for a new subjective position and identity mechanism, have become important dimensions of practice across contemporary art. Since the 1990s, and particularly in the past two years, many artists have been contemplating region and imagining history through different dimensions revolving around their perspectives on related issues. This is a form of political action, as well as a deviation in artistic language. 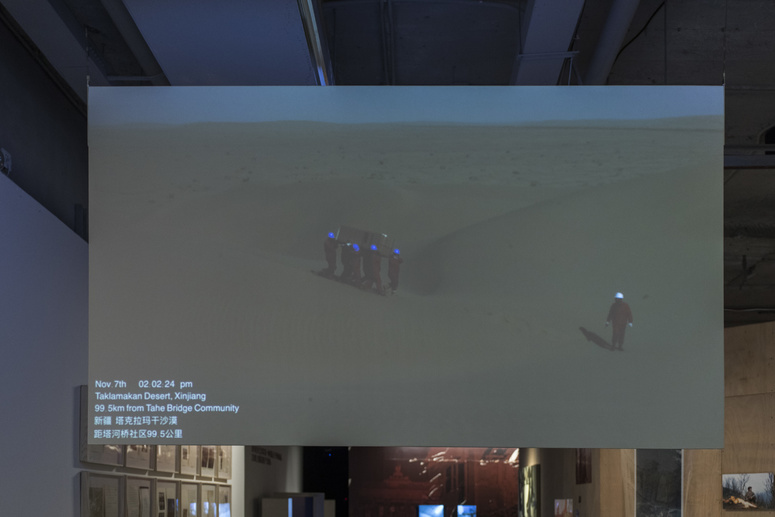 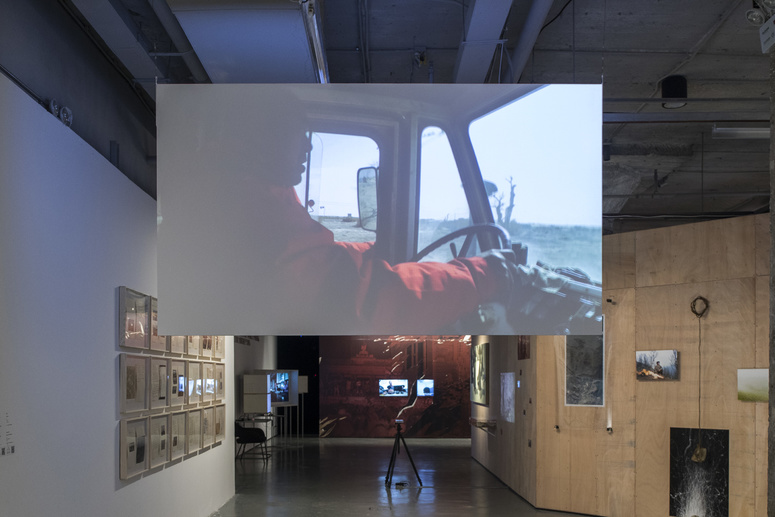 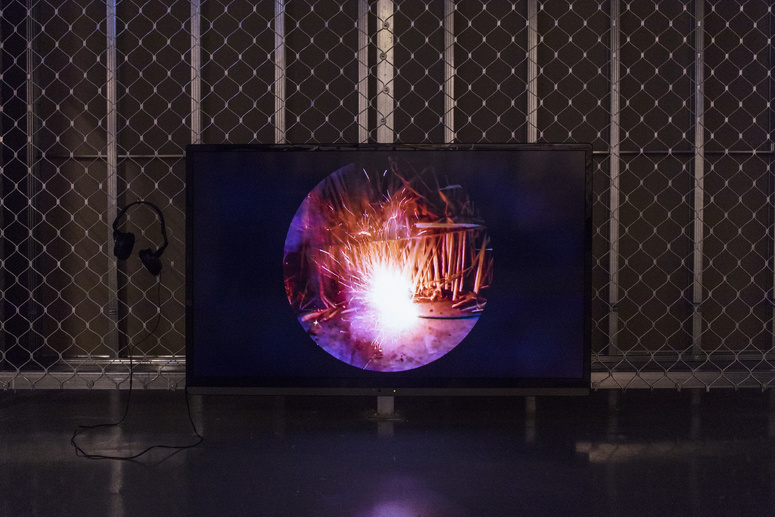 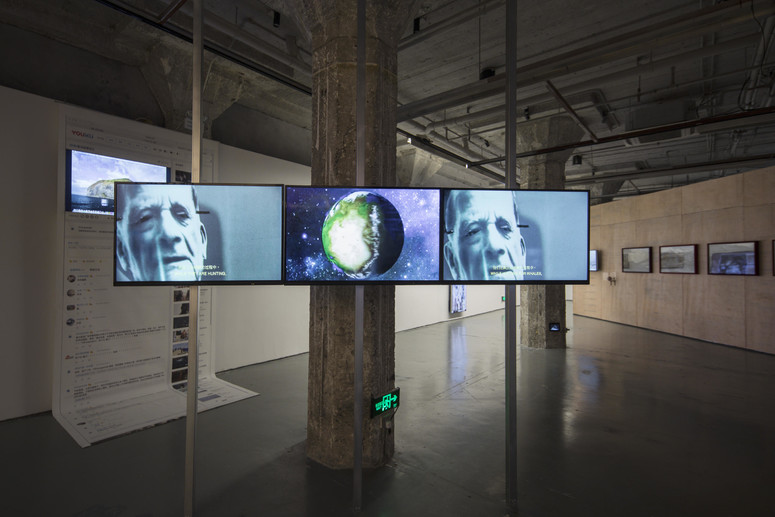 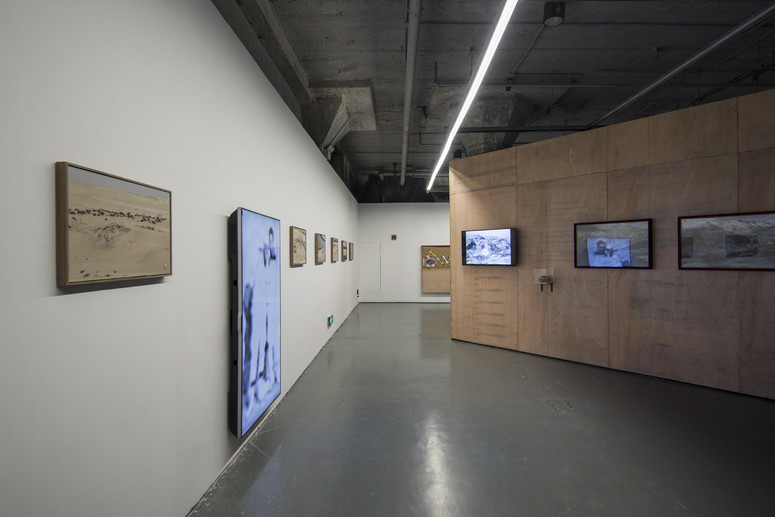 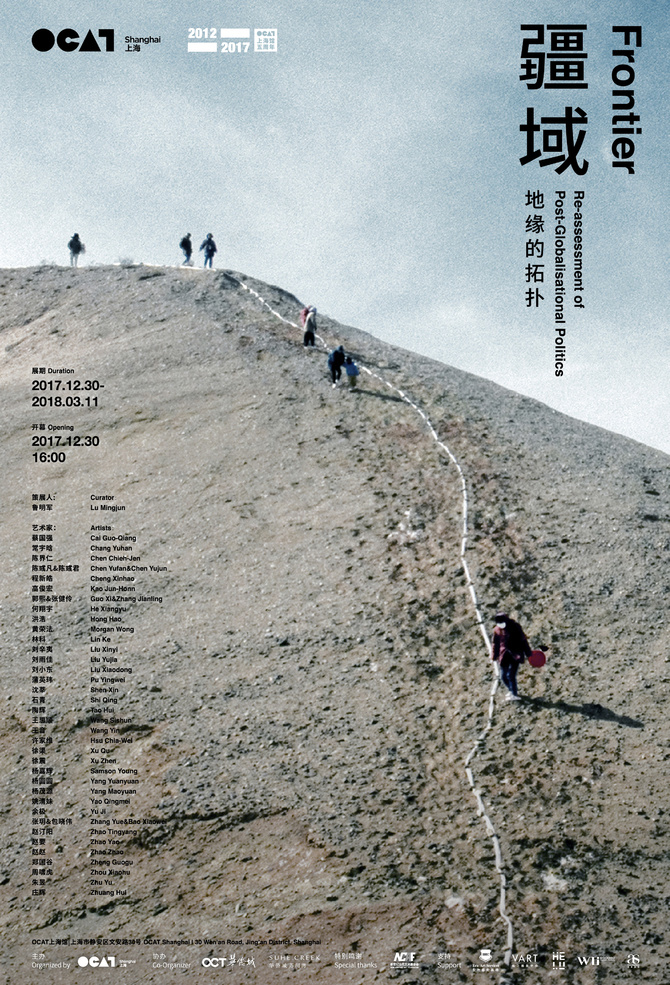