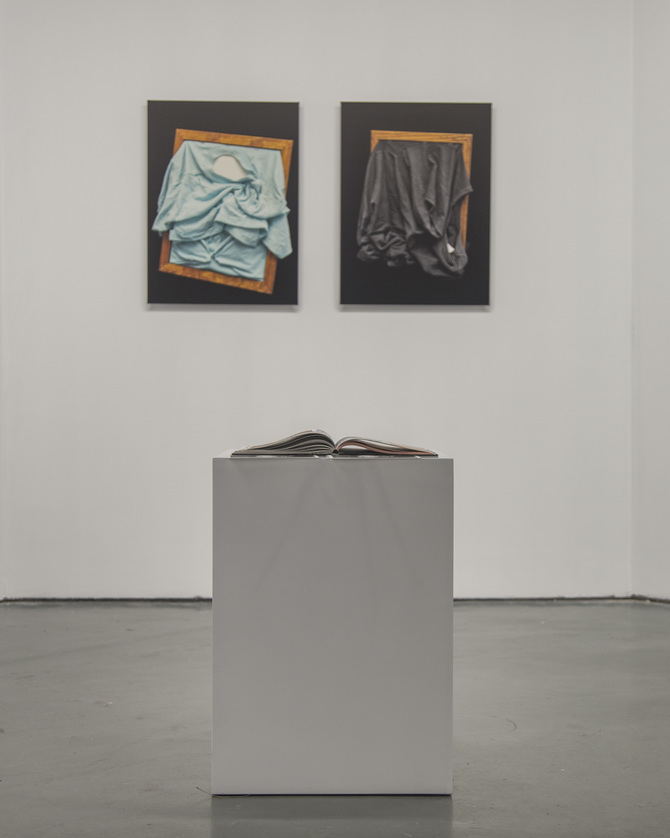 Follow_Me: New Narratives in Contemporary Photography, China – Switzerland will be presented at OCAT Shanghai on June 19, inviting 10 young photographers from China and Switzerland. The exhibition features works that use the language of photography to build layers of overlapping narrations. The two curators of this exhibition, Peter Pfrunder and Shi Hantao, have observed and studied contemporary photographic practices in China and Switzerland over a long period of time. They have discovered that the practice in these two respective countries unfold their narrative through the medium of photography, whereby to build an imaginary reality with its documentary and fictional qualities. This is also a commonality in contemporary photography. On the one hand, narration as humanity’s most ancient means to record and self-express, continue to search for linguistic and formal conduit in various artistic mediums. Since the birth of photography, photographic narrative has developed its own unique history, one that has not faded with the changing times, where we continue to find photographic developments that is unique to each time period and in the individual’s expression. On the other hand, as social media become part of our everyday lives, users of these media portals become the storyteller of their own lives that further collapses the grand narrative, as the massive micro-narratives conjure together to convey the new condition of humanity. Therefore, the exhibition does not only invite the viewer to “listen to me” – telling the stories of the others; but also sending an invitation to “follow me” for the viewer to become the narrator of their own stories.

Although these participating artists unfold their narrative on the basis of photographic vernacular, their forms of expression and techniques adopted differ with various modes of narration, expanding from still photography, moving images, projection, light box, to objects and etc., all of which are intertwined together to constitute the indispensible component of their stories.

The exhibition is divided into four sections. Part one addresses the issue of identity, in which artists David Favrod, Kimisa and Salvatore Vitale use photography to ask questions of “Who am I?” in their biographical stories; in part two, Liu Wei, Anne Golaz and Zeng Yicheng expand on an important location of their life experience to recollect and enquire; in part three, Celine Liu and Romain Mader blur the boundary between fiction and documentary through role-playing; and the last part of the exhibition takes on an archaeological angle, for which Virginie Rebetez and Shi Zhen adopts the “unreliable” evidence of film records to explore personal and collective memories.

One of the most remarkable features in contemporary photography, both in China and in Switzerland, is the way in which the medium is used for telling a story, creating an imagined reality between documentary and fiction. Within a coherent body of work, the artists build up a visual narrative along a story line or a certain plot. This can be linear or non-linear, elliptic, following a time line, a spatial movement or a voyage. The story can assume the form of an (auto)biographical account, or a travelogue, or investigate unknown realities with dreamlike lyrical sequences. These stories are based on the suggestive power of photographic sequences which go far beyond the simple depiction of reality. They play in a creative way with the ambiguity of the images and the voids between the captured fragments of time.

The title of this show, Follow_Me, refers to the role of the author/photographer/narrator who is guiding his audience through the universe of images by selecting, ordering and editing his photographs along his story line. The artists see themselves as storytellers but leave it up to the viewer to speculate about the so-called "truth". Follow_Me also alludes to narrative forms in social media, to platforms on which every participant behaves like a storyteller regarding his or her everyday life. In the exhibited works, the crossover or combination of media appears to be natural elements of storytelling. The forms and techniques of display in the exhibition vary according to the narration. Still and moving images, video projections, lightboxes and objects are intertwined in a playful mixture. Not surprisingly, most of the artists have also published their stories in photobooks, using the potential of double pages, layouts and multiple reading options for developing their narratives.

The first chapter presents the works of David Favrod, Kimisa, and Salvatore Vitale. They have in common that they use photography to ask questions about themselves, their cultural and biographical identity, their own past or their relation to history. Their autobiographical approach focuses on their childhood and youth. The photographers seem to travel back into an unconscious past, trying to fill the gaps of their conscious memory with lyrical dreamlike explorations and with narrative imagination.

In the second chapter, the focus lies more on a territory or an environment that holds an important place in the biography of the artists. Lau Wai and Anne Golaz investigate physical spaces as a form of individual expression. The traces which people have left behind, objects and even the specific ambiance of a room reveal themselves as part of the photographers' identity. The story presented by Zeng YiCheng is a love story, a very personal visual poem. All these works also deal with the passing of time and try to find coherence or meaning in a world full of incomprehensible fragments. Past and present are mixed in an intricate way.

Blurring the boundaries between documentary and fiction is one of the strategies used by the artists in the third chapter. Both Celine Liu and Romain Mader stage themselves in front of the camera or invent situations in which they can playfully change their identities, thus creating fake autobiographies or small stories that never happened. Identity, in both cases, becomes a question of performance and role play, something that depends more on the perception of reality than on hard facts. Images are a crucial element in the self-definition of the protagonists.

The last chapter deals with individual and collective memories: to what extent can we rely on our memories? It presents two artists who work like historians, using found photographs and archival documents for reconstructing the lives of people they don't know. Photography becomes a tool for research, but at the same time the artists question our ideas about photographic evidence. In the stories told by Virginie Rebetez and Shi Zhen the documents cannot prove anything; the reality they represent is overruled by the projections of the spectator, who creates a new story based on a combination of facts and imagination. The coherence of the narration appears to be the only reliable reference. 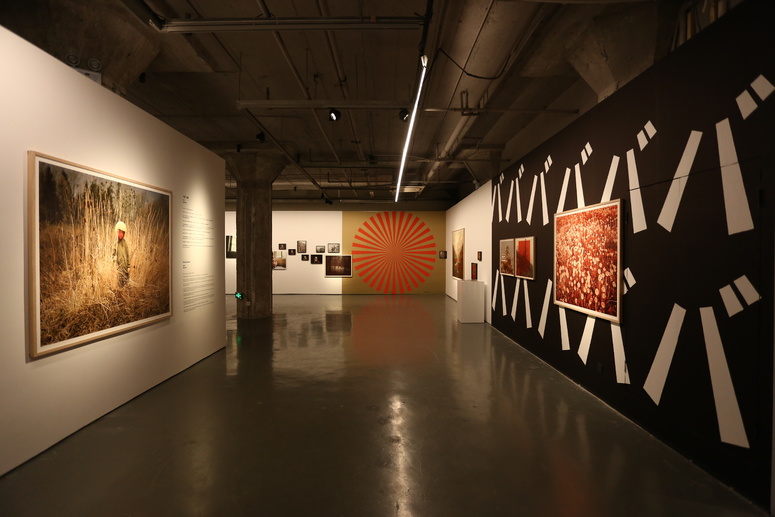 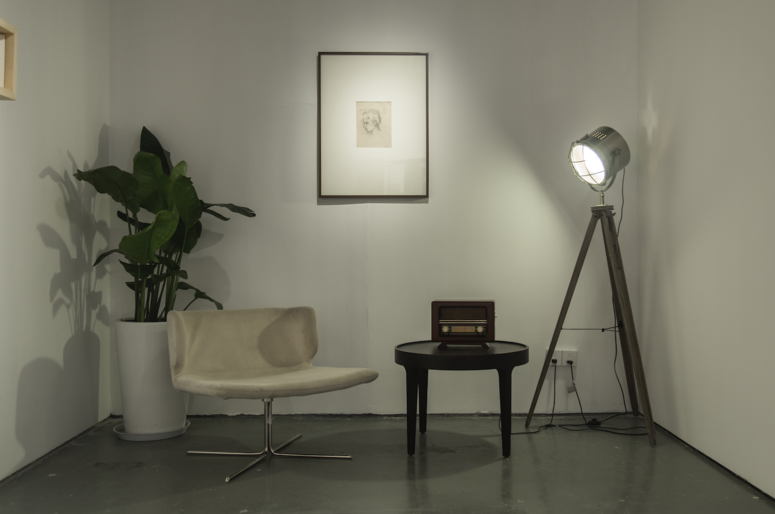 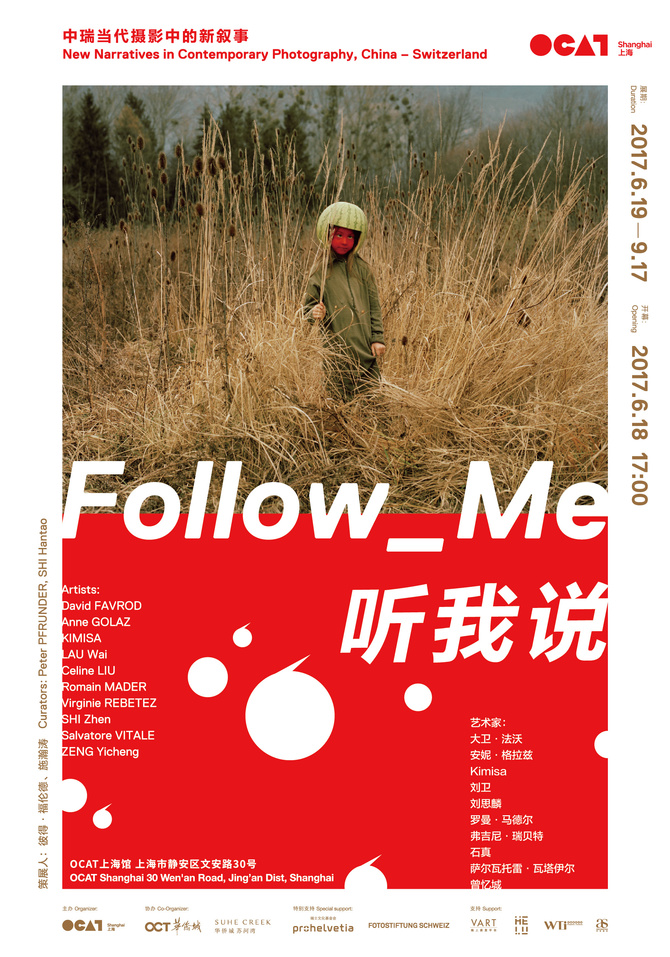