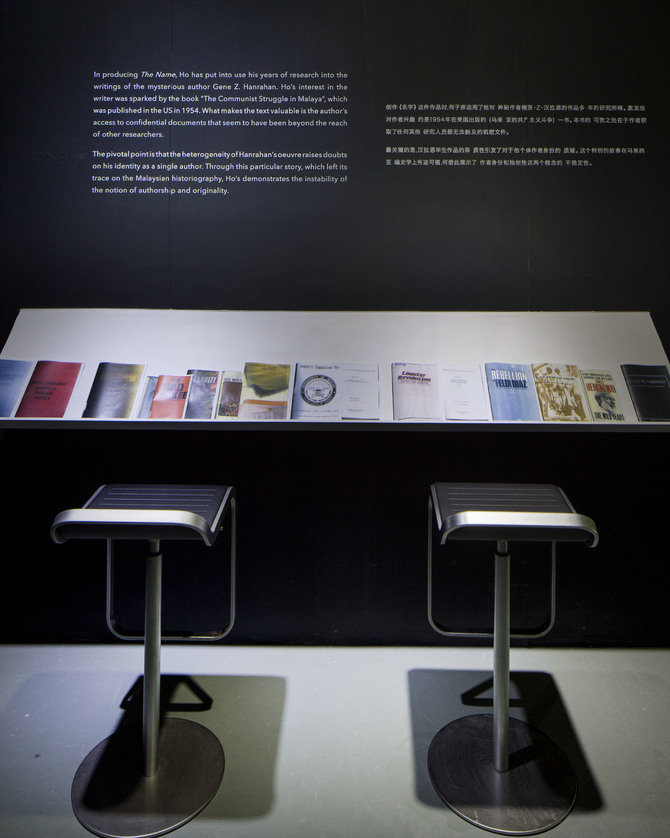 Crossovers – A Filmic Exploration of History, Stories and Human Remains

OCAT Shanghai is pleased to announce Crossovers - A Filmic Exploration of History, stories and human remains, organized in collaboration with Arthub.

This group exhibition looks into the role of the artist in shaping and reshaping a collective visual memory, the mechanism behind the creation of new myths and the ways in which both circularity of time, or its linear interpretation, can be outwitted by the subjectivity of a video editing timeline. The project is presented as an itinerary, a path that reveals subtle overlaps between history and fictional reconstructions, traded images from the past –their leftovers, in the contemporary tense — and appropriated conflictive narratives.

Without clinging onto the past, or engaging in an over speculation about the rights and wrongs of images appropriation, Crossovers attempts to explore the process of mythologisation. Collective narratives are made of the gaps and cracks that divide reality from the invisible, they feed on our fear and fascination towards the unfathomable and, just as the cinematic experience, they conjure up time.

Part of the works presented employ archival images to manufacture new narratives, whereas others invest particular moments in history –neglected within the contextually produced collective memory — with a brand new visual identity.

Slowness as a strategy

"Rather than pass the time, one must invite it in. To pass the time (to kill time, expel it): the gambler. Time spills from his every pore. — To store time as a battery stores energy: the flâneur. Finally, the third type: he who waits. He takes in the time and renders it up in altered form — that of expectation."

One of the cornerstones in the fabrication of myths is the idea of the journey. Mimicking the dynamics of transit, the exhibition's contrived itinerary begins and ends with two narratives steeped in the analog era. Thomas Sauvin's archive of negatives – saved from a destiny of annihilation in Beijing's recycling plants – is a unique photographic portrait of the Chinese Capital in the decades following the Cultural Revolution. The vastness of the archive unfolds surprising patterns, and reveals a common pool of the Beijingers' intimate daily habits. By gazing at the anonymous protagonists of these images, depicted in their most private moments, we are allowed a glimpse through a space-time peephole. Eric Baudelaire's Anabasis deals on the contrary with the lack of personal images. Largely inspired by the fukeiron (“theory of landscape” in Japanese), the work narrates the story of a fugitive leader of the Japanese Red Army and her daughter, by filming contemporary panoramas of Tokyo and Beirut blended in with archival footage, TV clips and film excerpts. Both Sauvin's accumulation of images and Baudelaire's lack of visual representation of the self, successfully manage to bring to light aspects of social structures and mechanisms of power that transcend the individual recount. The two works are linked in an uroboric continuity, which transforms the exhibition’s itinerary in a looping trail.

The path between these two gatekeeping narratives is flanked by a group of storytellers — Yto Barrada, João Penalva, Ho Tzu Nyen, John Akomfrah– who demand our mindful attention. When we adapt to the cinematic time, their artistic reconstructions of temporality are capable of pinning us down to the present moment, refraining the mind from being hijacked into its own mental time travel.

Our fast paced daily lives find us overwhelmed by the amount of decisions to be undertaken within ever shorter windows of time, while our attention span is shrinking toward the zero vector. The exhibition is hence an invitation to slacken. Slowness is here a critical medium that intensifies our temporal and spatial experiences, and helps us to register the multiple layers of time, history, and motion that constitute our present.

Old, removed images are one of the tools available on the contemporary artist’s palette, ready to be uprooted and empowered with new implications and shifts of significance. This is Yto Barrada's language of choice for Hand-me-downs, in which the artist digs into her family history by illustrating it with strangers’ home movies found at flea markets and archival films from the last half-century in Morocco. João Penalva and Ho Tzu Nyen orchestrate our encounter with the legendary. The omission and concealment of information that constitutes the fabric of legend-making is here meaningfully portrayed in the artistic realm. Penalva succeeds in fooling us with an ingenious game of mirrors. His Kitsune and The Roar of Lions highlight our cross-cultural preconceptions and stereotypes, and unmask the way we exoticise foreign realities and different timelines. Ho Tzu Nyen's works put us in touch with things of the past that call out to us, things that "possess shards of unrealized worlds waiting to burst through."

John Akomfrah choreographs the return of instances of absence. In his work he extensively examines issues of Black British identity and diaspora through film and media. Peripeteia starts with the images of two black and white drawings by Albrecht Dürer – Head of a Negro Man (1508) and Portrait of the Moorish Woman Katharina (1520)– which triggered in the artist the construction of a fictional narrative that ransom the two depicted figures from being "lost in the winds of history."

In Nine Muses, Akomfrah presents nine overlapping musical chapters that mix archival material with original scenes. Together, they form a stylized, idiosyncratic retelling of the history of mass migration to post-war Britain through the suggestive lens of the Homeric epic.

The films featured in the exhibition will start at a pre-scheduled time to provide the public with the opportunity of programming in advance the vision of a certain work, and to visit the show several times. We hope in this way to encourage visitors to engage with the videos presented respecting their entirety, fully enjoining the cinematic experience. 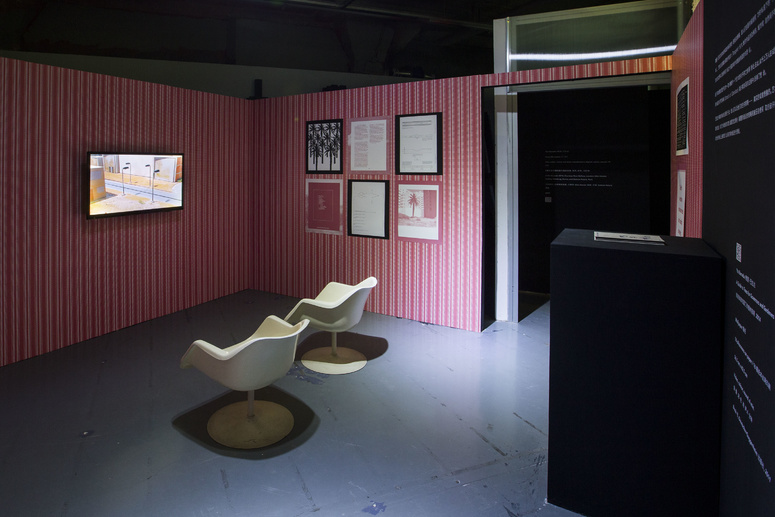 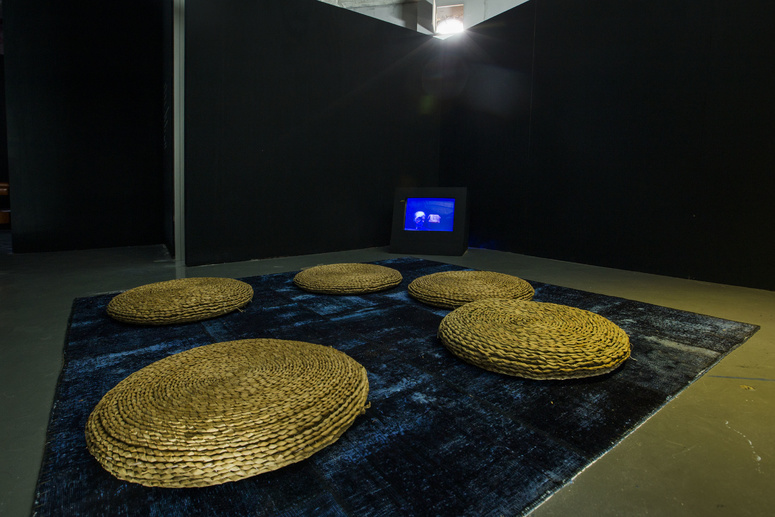 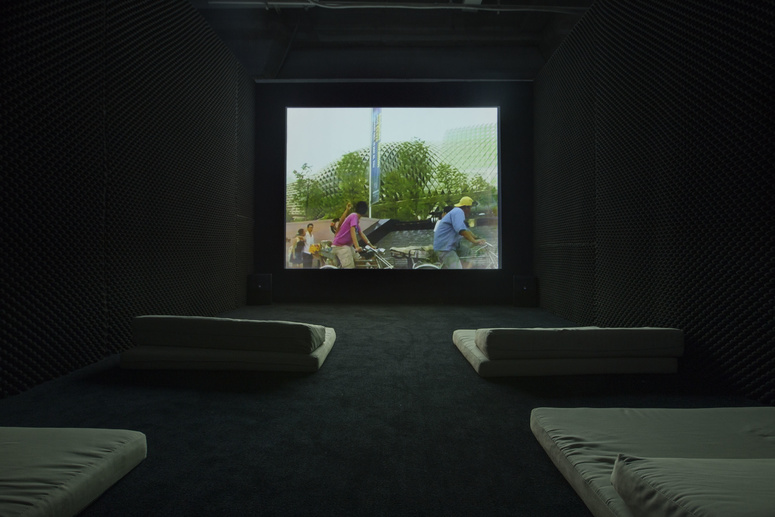 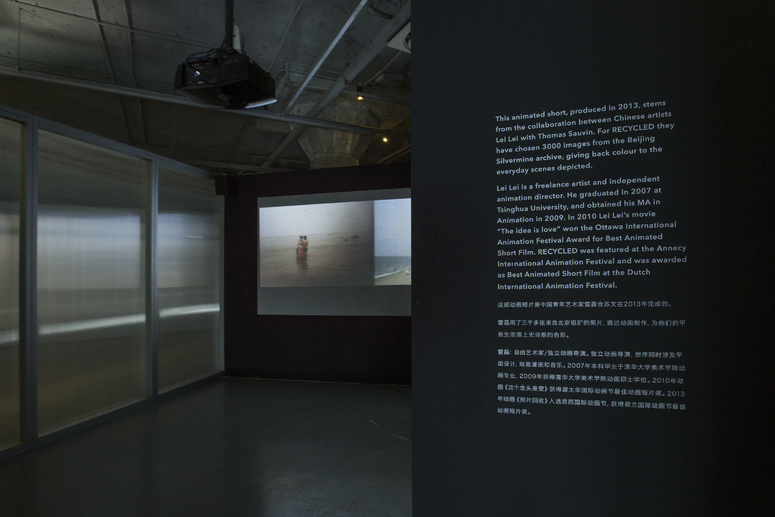 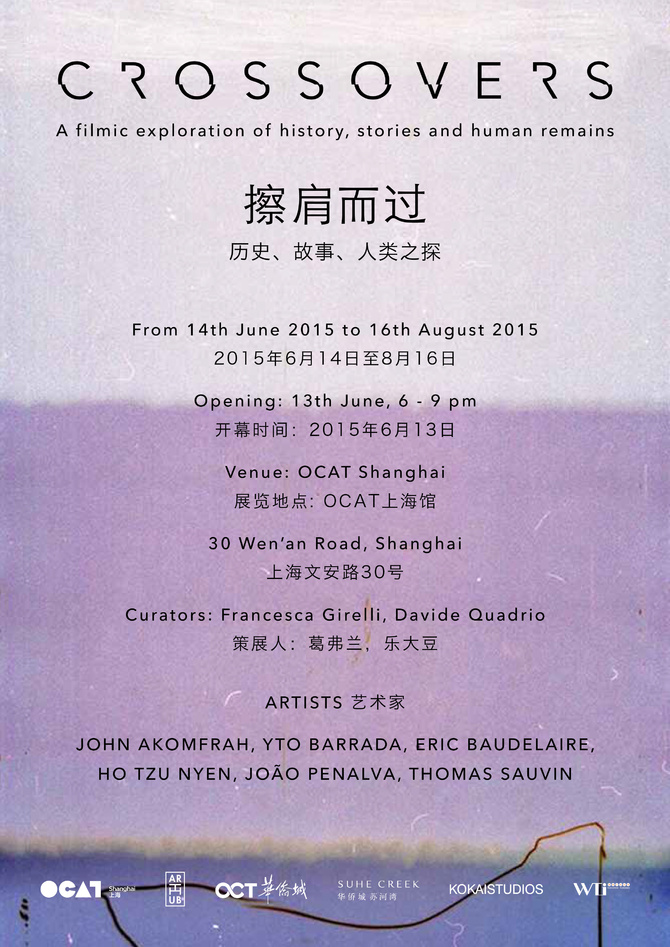